The fall of Ramadi to the Islamic State over a pretty-much-done-with-this-shit Iraqi army earlier this week has helped to clarify a few aspects of this latest twist in the ongoing, never-ending, self-perpetuating “Global War on Terror”.

Before we dive in, let’s let b over at Moon of Alabama bring us up to speed on this conquest:

The Islamic State took Ramadi with the help of armored bulldozers and some 10 suicide vehicles. That many of the nominal defenders of the city had no real will to fight also helped. But there is another important actor that allowed it to happen. In the critical 24 hours the U.S. coalition which had promised to defend Iraq and to defeat the Islamic State launched just seven air strikes and all only against minor ISIS targets around the city. That’s like nothing.

Pretty much. Which kinda puts the lie to US Secretary of Defence Ashton Carter’s furious denunciation of the Iraqi army on the Sunday morning political love-in yesterday:

ASH CARTER, U.S. DEFENSE SECRETARY: What apparently happened was that the Iraqi force just showed no will to fight. They were not outnumbered. In fact, they vastly outnumbered the opposing force, and yet they failed to fight. They withdrew from the site. And that says to me, and I think to most of us, that we have an issue with the will of the Iraqis to fight ISIL and defend themselves.

Which, if it’s true – and let me stress that quite often in conflict situations the initial reports often turn out to be mistaken untruths, or outright purposeful propagandistic falsehoods, and we don’t really know what went down in Ramadi – but, if it’s true that the Iraqis just cut and ran, is pretty damning. But maybe they ran away because the US didn’t have their backs? The pictures show a bright and sunny blue sky. No U.S. air interdiction was seen. Remarks one knowledgeable tweep looking at those pictures:

The Islamic State in Ramādī yesterday. Quite amazing the coalition didn’t take them out actually. Makes one wonder about the coalitions rules of engagement. Now it “looks” as if Ramādī was offered to them on a silver plate …

Indeed. The Obama administration and the Pentagon tried their best to play down the strategic loss of Ramadi as something minor that could be somehow repaired within a few days or weeks. But as McClatchy notes: Ramadi joins lengthening list of Pentagon misstatements on Iraq and Experts: U.S. claims Ramadi a mere setback are ‘delusional’.

Jason Kenney, our heroic Minister of National Defence, was just a bit milder in his comments. Initially he called the fall of Ramadi a “setback,” prompting derision from the Chronicle-Herald:

During his usual spin-o-rama, Defence Minister Jason Kenney commented to the media that the Ramadi setback was essentially “no biggie.” It is Kenney’s depth of experience in such martial affairs that in war, you often suffer a setback (or two). The problem with Kenney’s current rosy assessment is that it in no way jibes with his previous comments regarding ISIS.

When the decision was made at the end of March to extend the mission in Iraq and expand it into Syria, Canadians were told that this was necessary because of the allied air force’s success against ISIS. We were told that ISIS losses in Iraq had forced them to withdraw their heavy equipment into Syria and hence, if we were to continue to take the fight to the enemy, we needed to chase him into his hiding place.

Well, it turns out that ISIS is not hiding after all. They are on the offensive in Syria as well, having just captured Palmyra, and with the securing of Ramadi, they are very much on their front foot in Iraq.

Of course, if no one admits that the present U.S. strategy is flawed, then we will simply continue the cycle of arming and training Iraqis in perpetuity.

(Which I’m pretty sure meets the definition of a self-licking ice cream cone outlined by Lambert Strether.)

In the aftermath of the furor over Carter’s comments, Kenney revised his earlier assessment to be more in line with Uncle Sam’s, saying today that the Iraqi army must “massively improve its effectiveness.”

(Which they’re obviously gonna do now that he told them to – that’s pretty much all they were waiting on. Never mind the fact that their country has been systematically destroyed over the past twenty-four years, their people deliberately turned against each other, their children traumatized and orphaned and starved and shot at by occupying forces, their people immiserated and impoverished, their wealth extracted, and their institutions privatized and undermined – now that Jason Kenney’s told them to get their shit together, they’ll wise up.)

Ramadi is strategically located just to the west of Baghdad and is a pretty big win for ISIS. (This short and nifty Al-Jazeera video shows the geographical significance pretty clearly.)

Given its importance, the obvious question is why did nobody seriously contest this capture? Why did the Iraqi army melt away, why did the Coalition of Meddling Nations with Fighter Jets give the black-flagged vehicles a free pass?

And more broadly, what the hell is Canada (and the coalition of which we’re a part) trying to accomplish here in our Glorious Non-Combat Operation?

Our stated mission is to “degrade and destroy ISIL”, but our actual mission is patently unable to accomplish this goal – regardless of what Jason Kenney thinks:

Kenney also stressed on Wednesday the importance of Canada’s role in the mission, saying that ​Canadian CF-18s have successfully struck a number of targets around Ramadi.

“So we have done our part to continue degrading the capabilities of that organization,” he said.

“Just imagine if we weren’t there, how much more territory they would have claimed,” Kenney told reporters following a speech to the Canadian Club of Toronto…

“They were basically unstoppable in Iraq last summer, but since Canadian and other coalition air forces and other military assets have come to bear, they have lost significant territory, capabilities and resources,” he said.

My emphasis, and what a doozy – a lovely little counter-factual. Just imagine what would have happened if Canada and its allies hadn’t started bombing the shit out of Iraq (with the Iraqi government’s reluctant permission) and Syria (against the explicit wishes of Bashar al-Assad, who though psychopathic is still legally the head of state, which makes our bombing campaign there a war crime – or is that a “non-combat operation” crime?). Who knows where ISIS could be today, how far it might have spread?

The problem with counter-factuals, though, is that they cut both ways.

Imagine if the US and its “coalition of the willing” hadn’t invaded Iraq under manufactured pretences in 2003 and proceeded to undermine the nation’s fundamental infrastructure and fuel sectarian conflict.

Imagine if Iraq hadn’t endured over a decade of international sanctions in the 90s, which by some estimates killed up to half a million Iraqis, mostly children. (Canada was party to those sanctions, by the by.)

Imagine where ISIS would be today if that hadn’t happened.

If our purpose was to “degrade and destroy” organizations like the Islamic State, maybe we could start by not creating the hell-like collapsed-state conditions that lead to the rise of such groups in the first place.

Instead, we have a war in search of a purpose, fought with a half-assedness that almost nobody makes any attempt to conceal, which is succeeding at pretty much nothing except for polarizing people both regionally and internationally.

If fighting wars in Iraq brought peace and stability to Iraq, then why are we fighting there again?

I don’t think the political elite have much interest in actually defeating or degrading ISIS. They do, however, have an interest in looking tough – there’s an election this fall, after all! – and getting tough on terrorists never polls poorly. The fact is that this is a very complex conflict, full of regional and sectarian rivalries which confuse even people who have lived there their whole lives. If the HarperCons think a couple CF-18s and some military advisers to the Kurdish peshmerga are gonna make even a trivial difference in this conflict, they’re dumber than they look. Which, I mean: 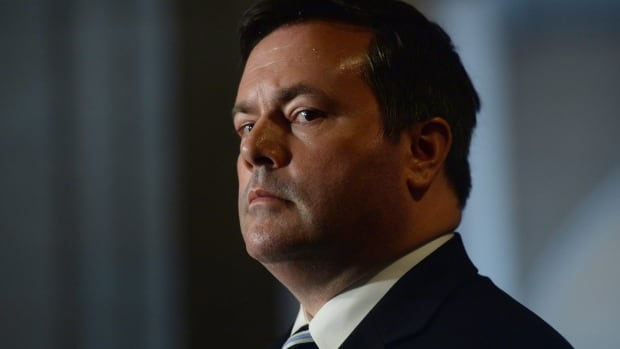 More likely, though, is that they’re cynically manipulating political instability in Iraq and Syria for political points at home in what’s shaping up to be a tough election. The war on ISIS is pretty much win-win – if it goes well, Harper & Co. (and especially Kenney, who’s got his eye on Harper’s job if and when Steve calls it quits) get to brag about Canada’s contributions to the glorious non-combat operation, but if ISIS takes more territory, they can hammer on the theme that now more than ever it’s important to oppose this terrorist menace. And all the while they can steadfastly ignore and evade questions about the effectiveness and realism of their chosen strategy, and bash any opposition leader who questions them as unpatriotic and soft on terrorism.

It’s a short-sighted war fought for petty reasons with a strategy explicitly designed to avoid any actual risk. Any failures are pushed off onto the Iraqis, and any successes are proudly claimed on behalf of Our Troops.

It’s a racket, in other words.

A racket is best described, I believe, as something that is not what it seems to the majority of the people. Only a small “inside” group knows what it is about. It is conducted for the benefit of the very few, at the expense of the very many.

Which perfectly sums up the Harper government’s approach to the non-combat operation with ISIS. Neither Canada, nor the people of Iraq or Syria, benefit from our occasional airstrikes, which are of dubious accuracy and even more dubious value. The main beneficiary is the Conservative Party of Canada, although the various arms manufacturers and contractors which supply our air force certainly aren’t complaining.

Meanwhile, the victims are innumerable. The people of Iraq have been brutalized by the West for decades now, and the rise of ISIS out of this brutality is no surprise. That our collective response is, essentially, to continue the strategic bombings until morale improves is the latest in a long line of tragedies in this sordid history. The outcome of this latest insane repetition will almost certainly be more of the same – more strife, more anguish, more innocent people killed, and more radicalism.

Which will doubtless give some future government sizing up its election prospects an excellent argument for more intervention.