Miley Cyrus is a better scientist than the folks at BC Min. of Resource Stewardship

One would think that any politician who’s been in the public eye as long as B.C. Premier Christy Clark would have heard of the Streisand Effect.

In case you don’t know, the Streisand Effect refers to situations in which, by trying to prevent people from hearing about a thing or taking an argument seriously, you actually cause that thing or argument to become much more widely known and accepted than it ever would have been if you’d just kept yer mouth shut to start with.

Such was the case when, around a month ago, Clark waded into a feud with international superstar Miley Cyrus.

Cyrus (who, let’s be clear here, is in some senses a badass pop icon and in other ways is extremely problematic), shared a post on Instagram to her literally millions and millions of followers about the horrors of British Columbia’s wolf cull, encouraging people to sign a petition. (You can see her post and read some reaction here.)

Now, if Christy Clark had just let the whole thing blow over, it would’ve been quickly forgotten. Because petitions, y’know… 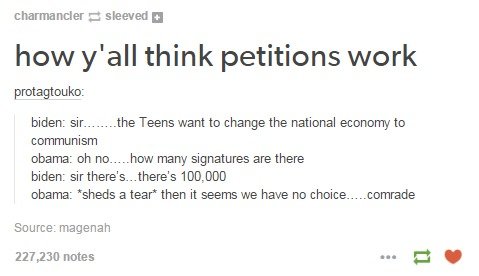 The wolf cull was extremely controversial when it was initially announced. The cull, which involves shooting wolves from helicopters, is ostensibly designed to protect decreasing caribou populations, a claim that ecologists and activists hotly disputed. Nonetheless, the cull was implemented in early 2015, and the issue had largely faded from public awareness when Cyrus brought it up again.

Premier Clark, apparently just hungry for a headline, fired back at Cyrus the very next day, saying that the pop star didn’t know what she was talking about, scientifically speaking, and that Cyrus should “stick to twerking“.

(Which, and again, let’s be clear here, is bullshit misogynistic slut-shaming and a logical fallacy to boot.)

Now, I don’t know for a fact that it was Christy Clark’s gratuitous ad hominem attacks that made Miley Cyrus decide to take further action, but it doesn’t seem like an unreasonable conclusion, because a week and a half later, there she was, in British Columbia, in the Great Bear Rainforest, drawing a feeding frenzy of media to listen to her talk about wolves, as well as the also-hotly-disputed practice of trophy hunting of bears in the rainforest.

This is what she had to say:

“When I first spoke out, I knew in my heart that the wolf cull was wrong,” said Miley in the video. “But after this visit, I know science is on my side, not just on the wolf cull, but also on the trophy hunt issue. Both are unsustainable and both are horrific. Both have to end.”[…]

“I can guarantee she’s in L.A. now talking to a lot of people about the amazing experience she had in B.C. and her sincere concerns about how wildlife was managed here,” said McAllister.

The B.C. government has said it needs to cull the wolf population in the southern Interior to protect a herd of endangered caribou, but conservationists such as McAllister say the real problem is the loss of viable habitat for caribou.

So, in other words, Cyrus found out about an issue, felt passionately about it, did some research, talked to some experts, and came to the conclusion that the government’s decision was not only cruel, but also scientifically unfounded.

Let’s not give her too much credit here – the experts who were organizing against this cull came to that same conclusion long before, on the basis of far more thorough study and a vaster wealth of knowledge in the field. But still, Cyrus’s decision-making process here is gonna look admirable in just a minute.

Because guess what leaked out this week?

British Columbia’s government has been meeting with the forest industry to develop plans to save endangered caribou, and the province appears to have launched its controversial wolf cull program to avoid putting further restrictions on logging.

The wolf kill, which started last January, has drawn international condemnation from environmentalists, but the B.C. government has defended it as necessary to save dwindling caribou populations. Mountain caribou, which need old-growth forest to survive, are listed under the federal Species At Risk Act (SARA), and the province is required to take action to save them.

But briefing notes prepared for meetings between B.C. Environment Minister Mary Polak and industry representatives in 2014 suggest the government was prompted by the forest industry to launch the wolf cull because of fears a federal recovery plan for caribou would demand more logging areas be set aside.

The government’s notes damningly reveal that the province prioritized the operations of private logging companies over both the preservation of old-growth forests and the lives of both wolves and caribou.

Wilderness Committee director Gwen Barlee, who filed the FOI application that pried the documents loose, said she is alarmed by how closely the government and the forest industry appear to have been working.

Which sounds kinda familiar, doesn’t it?

The B.C. government has said it needs to cull the wolf population in the southern Interior to protect a herd of endangered caribou, but conservationists such as McAllister say the real problem is the loss of viable habitat for caribou.

Huh. It’s almost like the conservation experts and ecologists and activists knew all along that the B.C. government’s plan didn’t make any damn sense.

Look, Miley Cyrus isn’t a hero for seeing through this bullshit. She just exercised some regular common sense. The signs that this program’s justification didn’t add up were everywhere. Just to give one example: the Wildlife Defence League, which organized the petition drive that Cyrus supported, insistently pointed out that a virtually identical caribou-preserving wolf cull in Alberta a decade ago didn’t demonstrably help caribou populations at all.

The B.C. government, however, brushed off all of its critics as being uninformed and unscientific. The cull, they insisted, was necessary.

Now we know for certain in whose interests it was deemed necessary.

So now, in addition to all of her accolades, MTV awards, and Billboard #1s, Miley Cyrus can add a new accomplishment: she’s officially a better scientist than the folks at the B.C. Ministry of Resource Stewardship.

She’s probably my fave problematic fave. Her new album is pretty dope too.