RCMP Chief Bob Paulson (no, not that Robert Paulson!), apparently unsatisfied with the massive increase in powers the Mounties received under C-51, spoke Wednesday on the force’s “need” to access people’s Internet subscriber information without a warrant, despite a recent Supreme Court ruling barring the police from doing exactly that.

I wrote in September about the Canadian Association of Police Chiefs’ identical demand, issued in conjunction with demands to allow them to search the mail and seize people’s phone numbers without warrants, part of a troubling trend among law enforcement agencies of ceaselessly asking for more and more powers.

Paulson, speaking before a panel at Securetech, a trade show put on by the Canadian Association of Defence and Security Industries, put on a master-class in fallacious argumentation, which the Canadian Press was only too happy to stenographically regurgitate into newspapers across the country.

I’d like to take a look at some of Paulson’s more preposterous points, starting with this little gem of a false analogy:

“I’m all for warrantless access to subscriber info,” Paulson told a security conference in Ottawa, comparing the process to his beat-cop days of entering licence-plate data into a computer and coming up with a vehicle owner’s name.

“If I had to get a judge on the phone every time I wanted to run a licence plate when I was doing my policing, there wouldn’t have been much policing getting done.”

The level of sheer stupidity which forms the foundation of this argument is unbelievable.

That is manifestly not the case in your private contractual relationship with your ISP. Your ISP subscriber information is, unlike your license plate, invisible to the broader public – or, in other words, it’s private. Which is why the Supreme Court ruled (unanimously!) that people have a “reasonable expectation of privacy” when it comes to the personal information they provide their ISPs, and that that privacy can’t be violated without a warrant.

It’s certainly true that Paulson’s beat-cop work would have been made more difficult if he needed to get a warrant every time he wanted to run a car’s license plate number – but that has absolutely nothing to do with this. A better analogy by far would be if he wanted to search the insides of those same cars without getting a warrant – no doubt that would have made his job easier, too, at the cost of violating people’s constitutionally guaranteed privacy rights.

In other words, if the Supreme Court’s ruling makes police work tougher, too friggin’ bad. Making cops’ jobs easier is not the goal of the legal system.

But Paulson seems to misunderstand this – or maybe he’s trying to give the impression that there’s some kind of middle ground:

Paulson said after his speech that he advocates giving police ready access to basic subscriber information while respecting the Charter of Rights and Freedoms.

“I think we’ve been consistent in recognizing that we are very respectful of the charter and people’s charter rights and nobody is recommending that we go any further,” he said. “But there needs to be some sort of administrative access to basic subscriber information.”

Ok but no. That just doesn’t make any sense. The Supreme Court ruled specifically that police access to basic subscriber information without a warrant is a violation of Charter rights. Paulson here is saying that he doesn’t want to violate the Charter while also wanting to do something that actively violates it. 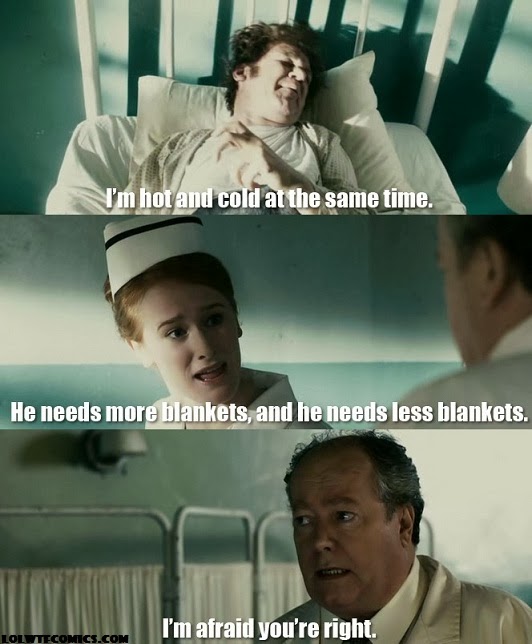 This ridiculous logic is literally the stuff of B comedies.

Of course, Paulson’s not an idiot, nor is he totally uninformed when it comes to Charter rights. He must know that his license plate bit is a totally disingenuous and legally vacuous analogy, and he must be well aware of the specifics of the Supreme Court ruling. But he made these arguments anyway – why?

Perhaps to appeal to the uninformed. Much of Paulson’s argument draws on the trope that activist meddling criminal-coddling judges have tied the hands of good honest cops who are only trying to protect the public. He even throws in a liberal dose of “Think of the children!”

Paulson said while the Internet is a marvellous boon to communication, education and commerce, it is also a place where a vast array of crime takes place, including rampant sexual abuse of youngsters.

Children are “being hurt at a pace and a frequency that is alarming,” the commissioner said.

“Technology is fuelling that. So now these people can encrypt their communications and they can exploit children for sexual purposes and it’s a little harder to get at them from a police point of view.”

Many people want the Internet to be completely free, without rules, Paulson noted. “That’s fine if we don’t want justice there.”

Paulson’s remarks here might leave the casual, uninformed reader with the impression that nobody but child pornographers and predators could possibly object to the warrantless sharing of subscriber information, because in all of the RCMP chief’s remarks, they are the only kind of criminal mentioned. This is a classic strategy – by targeting a group of people who are widely despised and without defenders, Paulson tries to cast his proposal as entirely unobjectionable

But of course, the police certainly wouldn’t limit their warrantless collection of information to those they suspected of child sexual abuse. Note also Paulson’s subtle insinuation that encrypted communication is part of the problem – the RCMP, like every law enforcement agency, would love to have the power to crack down on encryption, and being able to grab basic subscriber info about every person using encrypted communications methods would be a dream come true for the force.

And then he finishes off with an absurd strawman – pretending that there exist, somewhere out there, folks who want the internet to be a lawless space of predation and injustice, and, by implication, that the only conceivable alternative to such online anarchy is Paulson’s, uh, reasonable proposal.

So there’s a lot of ridiculousness in this Canadian Press article, some blatantly flawed logic and bad-faith arguments. But for me, the worst part of this article is the fact that CP ran it without interviewing or quoting anybody except for Paulson.

Like, literally, the whole article is the chief of the most powerful police force in Canada baldly asserting that he and his force need (his word) to reinstate a practice that the Supreme Court explicitly ruled unconstitutional, and the CP couldn’t be bothered to call up a single privacy advocate for a five-minute chat to provide a little bit of perspective on the issue.

It’s not like privacy advocates who want to comment on this issue are hard to find – the CBC found one! It’s not like it wasn’t obvious that this was a controversial proposal. But the CP basically just copied up the notes of Paulson’s speech and syndicated his baseless proposal across Canada unchallenged.

It’s a gross abdication of journalistic responsibility to allow the powerful to attempt to undermine our rights unchallenged. Shame on the CP for this disgusting little bit of police propaganda.

Fallacy Friday is a weekly discussion of logical inconsistencies, definitional ambiguities, and other unreasonableness in news coverage. You can reach me at matt@thealfalfafield.com or leave a comment below.