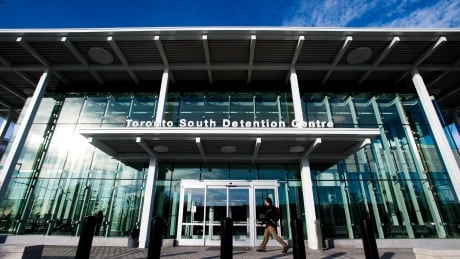 By the next year, prisoners across Canada were going on strike, as this VICE investigative report details:

There is a palpable amount of unrest inside Canada’s prison system right now, and it’s happening on all levels. Currently the major issue is centred around the meager salaries inmates receive for the labour they do inside of our country’s prisons. These prisoners have gone from making $6.90 to $4.83 a day, even though the cost of essential items has shot up 700%. Inmates are expected to use their earnings to buy items the prison will no longer be providing them—such as shampoo, deodorant and stamps. As a result of this strange prisoner strike, corrections staff is now being forced to do the jobs of the inmates—like prepare food for the prison…

I spoke to some prison staff who are completely fed up, and say they feel like they are losing control of inmates who are becoming increasingly agitated about double bunking and poor living conditions. Many staff members inside of Canada’s correctional system are worried about what the future inside prison is going to look like if things don’t change soon.

(VICE managed to write that entire article without talking to a single prisoner, by the way. They extensively interviewed a prison guard and a spokesperson for the Ontario Ministry of Corrections, but couldn’t take the time to track down a single discontented prisoner for a quote.)

Then, in August of last year, inmates at the new Toronto South Detention Centre launched a hunger strike to protest their abysmal living conditions:

Inmates are threatening to stage another hunger strike at the Toronto South Detention Centre to protest what they say are increasingly routine lockdowns, according to a corrections union official.

Last week, inmates refused meals for three days in an effort to call attention to the situation. In a phone interview, inmate and strike organizer Jordan Brown said there have been 111 lockdowns since he arrived at the west-end superjail in February. “I think that dogs with the Humane Society have more freedom than we’re getting in this jail,” he said.

The total number of lockdowns across Ontario’s provincial jails have more than tripled since 2009, rising from 259 to 900 last year.

Inmates at Toronto South, in particular, have complained about being frequently confined to their 12-by-8-foot cell, without access to showers, yard time or visits from family or lawyers. A lockdown can last a few hours or drag on for days…

In addition to the issue of routine lockdowns, the prisoners’ concerns include not having enough TV time and water leaking from the showers, making floors dangerously slippery.

Now, before you go making a prison shower “joke”, (a) don’t. Rape isn’t ever funny, and laughing at sexual violence towards anybody makes you a shitty human being. Also, (b) unsafe living conditions in prisons is actually a major and widespread problem in the era of Harper superjails, which have been plagued with issues surrounding their shoddy construction.

At Toronto South, for instance, many locks are easy to jimmy open, non-shatterproof glass was mistakenly installed in over a thousand windows, and the elevators regularly break down and get stuck, trapping inmates and prison guards in close quarters with each other. The computerized system which centrally controls lighting, the PA system, locks, water, elevators, and more has been error-prone, and problems in one area often means the whole system crashes.

Toronto South has generated a massive number of complaints to the Ontario ombudsperson – three times more than any facility.

In addition, Toronto South and other massive new facilities like it are chronically understaffed, which exacerbates the lockdown problem which prisoners were protesting.

Hunger strikes broke out again at the jail in November of last year, over precisely the same issues as in the summer. This time, nearly 20% of inmates refused their food.

The lockdowns essentially close down the jail on weekends and often stretch out to four days. Once on lockdown, inmates are confined to their cells. Visits are cancelled, meetings with lawyers are scratched and showers become rare, inmates told The Globe in phone interviews.

“We wake up every morning; we don’t know if we’re getting out of our cells,” hunger-striking inmate Rabih Alkhalil said. “We stand by the door and wait.”

He and other inmates said jail operations have stalled to such a degree that inmates are arriving hours late for court dates.“People are not getting to court until noon or 1 o’clock,” said another striker, Jerry Hewitt. “By that time, they won’t be seen by a judge.”

Criminal lawyers intending to meet clients at Toronto South say they are often turned away upon arrival. “It’s a known thing right now among the criminal law community: Don’t bother booking a weekend appointment at Toronto South because it will probably get cancelled,” lawyer Jeff Hershberg said.

Which is obviously unacceptable. Nobody would tolerate living in those kinds of conditions for very long.

Similar issues afflicting the Thunder Bay District Jail – overcrowding, understaffing, arbitrary and unpredictable lockdowns, unsafe conditions – were major motivating factors in an incident last month in which a prison guard was taken hostage and inmates took control of a floor of the jail. In the aftermath of the incident, Ontario’s Minister of Community Safety and Corrections Yasir Naqvi had this to say:

Naqvi said 60 per cent of those in custody in the province are currently on remand awaiting trial.

He said many of them would be better served by addiction or mental health services and that would help address overcrowding.

“One of the biggest challenges we have … [is] the system has become very much a warehousing system as opposed to truly a correctional system where really one would focus on rehabilitation and reintegration,” Naqvi said.

Gosh, those criticisms sound kind of familiar, don’t they? It’s almost like criminal justice reformers and advocates for prisoners keep making the same arguments over and over and over without anybody ever acting on them. Meanwhile, prisoners are forced to deal with increasingly unacceptable and unliveable conditions.

A big part of the problem is that many people don’t take prisoners’ complaints about poor living conditions seriously. During a hunger strike at the Regina Correctional Centre which began in late December and stretched intermittently into last week, inmates were protesting the atrocious quality of food they received. They were regularly served undercooked meat and eggs, expired food, and food served on filthy trays. The quality of the food began to decline in November, inmates say, when private company Compass Group took over a contract to serve food at all provincial jails in Saskatchewan.

Saskatchewan Premier Brad Wall, classy as always, dismissed prisoners’ concerns entirely by saying that he’d looked at the menu and thought the food was “pretty good”. Besides, he said, “if you really don’t like the prison food, there’s one way to avoid it, and that’s don’t go to prison.”

Right, Brad. Bet the folks in RCC wish they’d thought of that.

What’s missing from this victim-blaming assholery is any consideration of issues funnelling people into prisons. For instance, most of the media reportage on the Regina hunger strike neglected to mention that many of strikers were Indigenous. That’s not surprising, given that Indigenous people are grossly overrepresented in Canada’s prisons. More than a quarter of inmates in Canada are Aboriginal, including 36% of female prisoners and a jaw-dropping 48% of prisoners in the Prairie provinces, despite the fact that Aboriginals make up a mere 4.3% of the Canadian population.

Other communities of colour are also overrepresented in Canada’s prison. Blacks, comprising a mere 2.5% of the Canadian population, account for 9% of Canada’s prisoners. The percentage of visible minorities in the Canadian prison system increased by 75% between 2003 and 2013, while the presence of whites in prison declined.

Also missing from this prisoner-bashing is any discussion of class considerations. The rich and the poor receive vastly different treatment in our justice system for identical crimes. Folks who can’t afford a lawyer are forced to rely on a grossly inadequate Legal Aid system which fails far too many far too often.

This context is essential to any discussion of our atrocious prison system. The hyper-exploitation and extortion of prisoners ($4 per day for forced labour!), the subjecting of impoverished and racialized people to arbitrary lockdown, the regular denial of their access to lawyers, visits with families, timely appearances in court, and even essential medical care and medication, the provision of disgusting, rancid, cold, undercooked, and otherwise unfit-for-consumption meals – all of this is part of a colonial racist and classist system of criminal injustice and oppression.

When Brad Wall jokes that if prisoners don’t like the way they’re being treated they shouldn’t have gone to jail, and when middle-class white people laughingly agree, they completely ignore this awful and uncomfortable reality.

We’re dealing today with the legacy of the cruelly punitive and completely uncalled-for “tough-on-crime” agenda imposed on us by the Harper Conservatives. But we’re also dealing with the toxic legacy of Canada’s history of oppression and violence towards First Nations, visible minorities, and the poor.

That’s the context that we always have to keep in mind when we hear about the next hunger strike or uprising in a prison. Because with conditions as bad as they are, it’s only a matter of time before another group of inmates gets fed up with their living conditions and takes action.

Solidarity with hunger-striking prisoners, and everybody locked up who has to put up with these grossly unfair conditions!