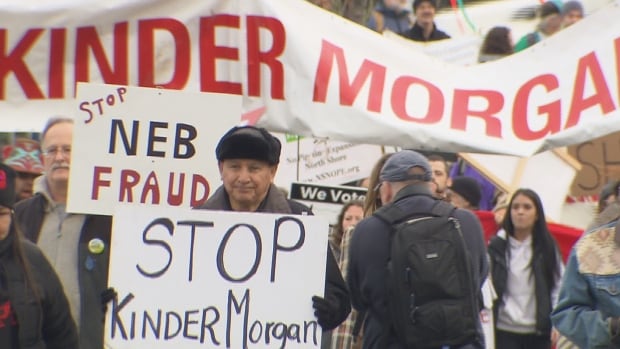 In recent days, the once-obscure National Energy Board (NEB) has been all over the news.

The NEB, an arms-length board of government appointees tasked with reviewing proposed energy infrastructure projects, is of course no stranger to controversy. During the Harper years, it was the frequent target of pipeline resisters, who charge that the Board is an entirely captured regulator, firmly in the pocket of the major energy companies. Another common complaint levelled against the NEB is that it lacks the mandate to consider downstream environmental and climate change impacts of the projects it reviews.

Justin Trudeau came into office pledging new rules for the NEB, but as more details emerge about his plan, it’s become clear that these “new rules” aren’t going to apply to the major ongoing reviews of Energy East, Northern Gateway, TransMountain, and others.

In response to this, activists have been taking action to draw renewed attention to the massive shortcomings with both the composition of the NEB and the process it uses to review (and rubber-stamp) pipelines.

A group of cleverly disguised protesters served National Resources Minister Jim Carr with a “People’s Search Warrant” this past week, demanding to see the details of these new rules and to know exactly how and when they will be implemented.

Climate activists in Vancouver locked themselves to the door of the NEB’s local office, calling for a suspension of upcoming hearings into TransMountain until new rules can be put into place.

And a group of activists arrested after boarding a Kinder Morgan barge said that Trudeau is breaking his election promises by allowing the NEB hearings to proceed without modification.

There’s widespread sentiment that a new process is needed, and it’s vital that it take climate change impacts into consideration as well as diminish the influence of the energy industry over the hearings. But one factor which must also be incorporated into any reforms of the NEB, and one which is much less widely discussed, is the way the NEB treats First Nations.

In this article, first published last fall, I look at the bureaucratized racism inherent in the NEB’s approach to consultation with First Nations, and examine the question of whether the Board even has the legal ability, from a Constitutional point of view, to conduct these consultations to begin with.

This article first appeared on The Alfalfafield on November 24, 2015, under the title “NEB consultation process with First Nations is bureaucratic racism at its most absurd”

A vital legal issue which has emerged from the ongoing battles over major pipeline projects across Canada revolves around the government’s constitutional duty to consult First Nations on energy and resource extraction projects which impact their territories.

The National Energy Board (NEB), a committee of appointees charged with reviewing proposed energy infrastructure projects, has been holding these consultations on the government’s behalf. Not good enough, say many First Nations; they assert that they have a treaty right to be consulted directly by government, on a nation-to-nation basis, rather than by an arms-length bureaucratic entity widely viewed as a rubber-stamping sinecure for well-connected energy/pipeline industry professionals.

One band, the Chippewas of the Thames First Nation, is pushing its challenge over lack of proper governmental consultation all the way to the Supreme Court in relation to Enbridge’s Line 9B, a case that I’ve covered in some detail here before.

There was some initial hopefulness after the election of Prime Minister Trudeau that the new government would take a different approach in this regard. They made encouraging noises about ratifying the United Nations Declaration on the Rights of Indigenous Peoples, and Trudeau instructed his new Natural Resources Minister, Jim Carr, to “modernize” the NEB process to ensure it is more “inclusive” and “confidence-inspiring”.

However, APTN revealed today that there will be no additional consultation of First Nations beyond the NEB’s process, a real blow to hopes that Trudeau was serious about establishing meaningful nation-to-nation relations.

But issues with the NEB’s consultation of First Nations go far beyond the question of whether they are the correct body to be conducting this process, constitutionally speaking. The actual process of consultation itself is a bureaucratic absurdity, with the byzantine (and frankly racist) rules governing which kind of evidence can be presented and when dictated largely by the energy and pipeline companies pushing these projects.

Just take a look at this:

The groups are allowed to talk about their creation myths, their historic use of territory that would be affected by the pipeline, and recite oral histories. But they won’t be able to talk about science and the effects that a potential oil spill might have on traditional lands.

The Montreal Gazette obtained a letter sent Monday to the NEB, in which TransCanada’s lawyers insist the regulatory board enforce its rules for these types of hearings. The list of restricted speech includes “questions that require an answer” from the company, “rhetorical questions” and “perspectives of others, whether obtained from news clippings, personal discussions, or written materials.”

In the TransCanada letter, the company expresses concerns that indigenous groups will include consultants and legal counsel in their presentation — a violation of the NEB’s policy. The company will have its lawyers on site Monday to ensure things go smoothly. [my bold]

Consider for a moment the Kafkaesque absurdity inherent in this – the energy companies will have their lawyers on site to ensure that First Nations won’t have lawyers on site. The TransCanada lawyers are permitted; the Indigenous lawyers are banned. Talk about structural inequality!

Just as absurd is the demand that presenters must refrain from asking both questions that require answers and questions that don’t, or the belief that anybody could ever speak about anything without including the “perspectives of others”.

And then there’s this preposterous idea that First Nations’ traditional knowledge can be separated from science. The very notion itself implies that indigenous knowledge is primitive, irrational, unfounded in facts or observation.

In fairness, First Nations will be allowed to submit scientific arguments (in writing) during a later part of the consultation process; the NEB and TransCanada argue that this phase should be purely focussed on traditional indigenous knowledge (which is totally non-scientific, obvi):

“It is valuable for us to hear the stories, lessons and knowledge from Aboriginal communities passed on from generation to generation, as we continue to plan the Energy East Project,” said Mark Cooper, a spokesperson for TransCanada. “Elders and knowledge holders are the key sources for the information. We think a venue that supports this open dialogue is important and we are fully supportive of it.”

The NEB reiterated this point.

“We hope to hear testimony about sacred sites, ceremonial sites, traditional land use and water use through which the pipeline would pass,” said Katherine Murphy, a communications officer with the NEB. “This testimony is an early engagement process where these groups come in and provide us with these oral traditions. It’s something unique that we do.”

What is actually happening here is that the NEB, in consultation with TransCanada, is pre-deciding which types of Indigenous knowledge are valid and worthy of consideration as such. The implication, clearly, is that scientific evidence and arguments are completely distinct from traditional knowledge – otherwise, why consider them at different times? The fact that they have segregated “traditional knowledge” from the articulation of scientific arguments in many ways makes them seem more condescending, and more racist.

(And don’t even get me started on Katherine Murphy’s smugly self-congratulatory little aside that this is “something unique that we do” – she seems surprised that Aboriginal elders aren’t gushing with gratitude at the very opportunity to provide testimony. Also, wouldn’t the “stories, lessons and knowledge from Aboriginal communities passed on from generation to generation” TransCanada’s Mark Cooper is so eager to hear possibly include the “perspectives of others” his company’s lawyers will be on site to suppress?)

Some First Nations are so frustrated with the NEB that they’re refusing to participate. In Manitoba, consultations over Enbridge’s Line 3, being conducted with the same restrictions as at the hearings for TransCanada’s Energy East, may not be able to proceed after Aboriginal elders refused to play by the NEB’s rules:

[The elders’] view, as explained to the Free Press editorial board Monday, is that the NEB’s conditions on their presentation illustrate how badly out of step the Crown agency is on oral traditional evidence.

That evidence — the world view, experience, wisdom and expertise gained from millennia of living on and with the land — is as scientific as it is spiritual. The scientific and spiritual are indivisible. Don’t ask us to fit holistic wisdom passed down over thousands of years into your regulatory square hole, they say.

Elder Dave Courchene says he and six other knowledge-keepers advising the Assembly of Manitoba Chiefs in its submission to the NEB cannot give their oral evidence under the board’s conditions.

This is precisely the proper response to unreasonable and oppressive bureaucratic demands – a refusal to cooperate. This regulatory belittling and segregation of traditional knowledge, and the arbitrary and industry-serving maze of rules over what can be said when and by whom, in no way furthers the process of properly consulting First Nations on projects of vital importance to their peoples and their lands.

Ultimately, one gets the sense that the whole process is a kind of pageant, an empty ritual conducted so the NEB can tick a box off its checklist and move on with the important business of getting tar sands bitumen to market.

The fact that Trudeau frequently invoked First Nations issues in the recent election campaign is, as I’ve said before, a testament to the tireless activism surrounding Indigenous issues of the past several years, and the historic voter turnout of Indigenous voters (a 270% increase in some communities!) is a strong indication of the willingness of many in First Nations communities to work with the government – provided that government is a willing partner in a relationship of equals.

So the revelation that this farce of a process will not be replaced by meaningful nation-to-nation consultations as part of Trudeau’s reforms of the NEB is disheartening, to say the least. Because if the process is this deeply broken, this condescending, this colonial, this racist, and this bureaucratically absurd, how could the outcome of these deliberations possibly be any different?