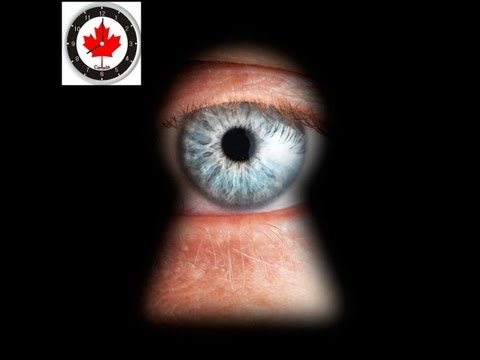 The Canadian Security Intelligence Service (CSIS) is very protective of its privacy – see their attempts to engineer a top-secret closed-doors no-defence-lawyers-allowed court session discussing their alleged involvement in a high-stakes terrorism trial – so it’s unlikely we’ll ever know the full story of what transpired. But from what’s been revealed to the public already, there’s some serious cause for concerns, both about CSIS’s ability and willingness to respect Canadians’ rights and about the government’s ability and willingness to create effective oversight for intelligence agencies.

Here’s what we do know. CSIS – or, to be precise, one regional CSIS office – had been procuring Canadians’ tax information from the Canada Revenue Agency (CRA) without the required warrant. Exactly what kinds of information or how frequently this occurred, we don’t know. The CRA says that one employee of theirs, now characterized as a “rogue employee“, was responsible for improperly sharing the data. That employee no longer works for the CRA.

All of this went on without CSIS’s top brass noticing – or perhaps they just looked the other way and pretended not to know. It took an inquisitive Federal Court judge to point out the fact that CSIS was relying on improperly accessed information. This prompted a review by SIRC which highlights some of the well-known issues with that toothless body:

SIRC also determined that the overall management of the first incident was inadequate, because CSIS operated, “under the assumption that this was an isolated event until SIRC apprised them of its findings.”

As well, SIRC learned that CSIS told the federal Court and the minister of public safety that all of the taxpayer information obtained without a warrant had been deleted from its operational database.

That was not the case.

“In fact, most of the information remained within the database until brought to CSIS’s attention by SIRC,” the report states.

But don’t worry, because SIRC really gave them a stern talking-to:

Spy service management issued a “stern reminder” to employees of the need for a warrant to collect taxpayer information, but the review committee says that may not be sufficient.

The committee made several recommendations, calling on CSIS to assess its own handling of the incident after it became clear information had been improperly collected. The spy service complied with that request.

Review committee chairman Pierre Blais said CSIS had made “a mistake” but he expressed confidence the committee would not “see that in the future.” [my bold]

Yeah, you read that right. After CSIS failed to notice it was breaking the law, and after it failed to notice it hadn’t actually undone the damage of that law-breaking (or, alternately, after it pretended it didn’t know these things), SIRC, literally the only body which has oversight powers over CSIS, told CSIS to conduct a review of its own handling of the incident. I mean, it’s not like they had a stellar track record when it came to knowing exactly what the hell was going on, did they? And then, SIRC’s chair had the nerve to say, essentially, that he’s sure it won’t happen again. Rogue intelligence offices will be rogue intelligence offices, won’t they?

Much has been made of SIRC’s toothlessness, its underfunded budget and its inadequate powers, its siloed focus and its questionable membership. What’s also crystal-clear from this incident, though, is that SIRC is gullible. It’s willing to embrace the most charitable explanation of blatant and systemic law-breaking by CSIS, to write off a major privacy breach as a “mistake”, to hold nobody accountable for that mistake, and to blithely assure the public that it won’t happen again.

That SIRC is failing at its job is abundantly clear. And plans are afoot to replace and/or augment SIRC’s oversight with the creation of a Parliamentary committee charged with reviewing the activities of Canada’s security and intelligence agencies. Public Safety Minister Ralph Goodale has been hyping this committee literally every chance he gets these days; last Thursday, reacting to the CSIS scandal, he said, “We believe more can be done to strengthen scrutiny, and the government is currently developing legislation that will strengthen our system of accountability for national security.”

But as I’ve said before, this “solution” may not actually change much. It’ll shift the oversight from appointed officials to elected ones, sure, but this oversight will still take place behind closed doors, and will be conducted by political parties who have an extremely poor track record when it comes to surveillance scandals.

Ultimately, the change in oversight bodies, by itself, would likely do little to nothing to change the culture of near-impunity within which CSIS currently operates. What is urgently needed is a major overhaul of the agency’s structure, its powers, and its purpose. This process should start with the full repeal of C-51, of course, but as this pre-C-51 behaviour of CSIS’s demonstrates, repeal of that noxious law wouldn’t be sufficient to root out the rot in Canada’s intelligence apparatus.