Don’t act so smug about Trump, Canada – Islamophobia is a serious problem here too 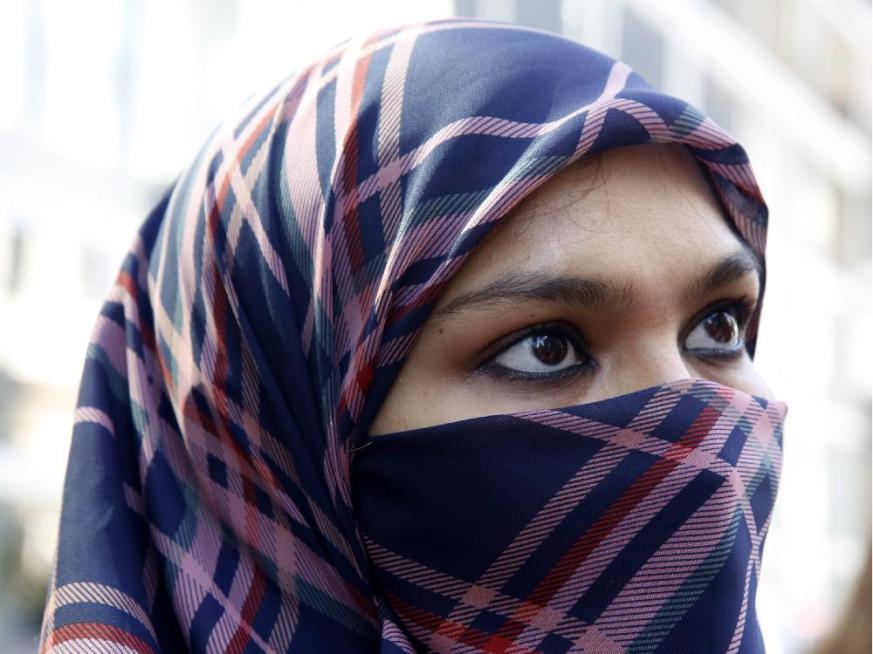 Image: Zunera Ishaq wearing a colorful patterned niqab. Ishaq’s battle to wear her niqab while she took her oath of citizenship became a central focus in the recent election, just one example of widespread anti-Muslim racism in Canadian politics. (Image credit: CP/Patrick Doyle)

Yesterday, as the first few hundred Syrian refugees since the election began to arrive in Canada, the Toronto Star printed a front-page editorial saying, in English and Arabic, “Welcome to Canada,” telling refugees that they’re “with family now.”

The short piece, which leaned heavily on well-worn and outdated Canadian stereotypes (and a totally gratuitous plug for Tim Hortons), played up the notion that Canadians are, as a group, a welcoming and tolerant people.

There was an almost self-congratulatory tone to the whole thing – an entirely implicit one, of course. But in a week which featured a call from a leading candidate for the American presidency to ban all Muslims from entry into the “land of the free”, the very act of publicly welcoming Syrian refugees takes on a secondary dimension of subtly proclaiming that we are a much more open and accepting nation.

As for Trump himself, his anti-Muslim remarks this week set off a flurry of condemnation from Canadian politicians. NDP leader Thomas Mulcair called for banning Trump and others who “spout hatred” from entering Canada, and Toronto and Vancouver city councillors are working on proposals to remove Trump’s name from high-profile skyscrapers in the two cities. Toronto councillor Josh Matlow went so far as to call Trump a “fascist” on Twitter.

And for many, the contrast between Canada and the United States was crystal clear: END_OF_DOCUMENT_TOKEN_TO_BE_REPLACED