Would pipelines even solve any of Alberta’s problems?

Image description: Alberta Premier Rachel Notley speaks at a podium, with an Alberta flag and a picture of mountains and a lake in the background. Notley recently advocated for the use of pipeline revenues to fund Canada’s transition away from fossil fuels. (Image credit: Premier of Alberta/Flickr)

It’s early days yet, but already it looks as though the great debate over pipelines will be one of the defining issues of Prime Minister Justin Trudeau’s time in office.

The pipeline issue is hot right now. Opposition to pipelines from the pro-Leap Manifesto faction of the NDP played a significant role in unseating leader Thomas Mulcair earlier this month and may yet lead to a splitting of the party. Enbridge’s Northern Gateway, long presumed dead, is poised for a potential last-minute revival thanks to the campaign-promise-breaking support and behind-the-scenes machinations of several prominent politicians. And pipeline fever won’t be going anywhere soon; with the NEB due to deliver its recommendations on Kinder Morgan’s TransMountain in just under a month, the issue will be widely discussed and debated this summer. Meanwhile, the NEB’s final report on TransCanada’s Energy East isn’t expected until March 2018, with a cabinet decision due three months later, guaranteeing that pipeline politics will feature as prominently in the run-up to the next election as they did in the last one.

This is also an issue on which our Boy Wonder PM just can’t catch a break. He finds himself attacked on all sides for his opaquely unsatisfying position. Pipeline proponents like Saskatchewan Premier Brad Wall, Alberta Premier Rachel Notley, and Conservative Party interim leader Rona Ambrose have slammed Trudeau for being insufficiently enthusiastic about pushing the issue, despite the seemingly unending litany of statements from senior cabinet ministers that this government is “committed” to “getting Canada’s resources to market” – indeed, that this is “one of the fundamental responsibilities of any Canadian Prime Minister”. Meanwhile, although the government has taken steps to make the pipeline review process at least appear more impartial and thorough, activists and environmentalists have slammed the piecemeal reforms as woefully insufficient, with some charging that they amount to little more than a fig leaf designed to provide cover for pipeline approval.

Pipelines occupy the precise intersection between economic issues and environmental concerns. The issues is therefore a kind of proxy war, a struggle over what kind of future we want to work towards. Concerns about catastrophic climate change clash with worries for the plight of the suddenly impoverished workforce of Alberta and Saskatchewan, who are facing a once-in-a-century economic calamity.

And this really does need to be stressed – things are BAD out west.  END_OF_DOCUMENT_TOKEN_TO_BE_REPLACED

Image: a large silvery pipeline extends off into the distance under a blue sky. (Image credit: TransCanada/I don’t have any right to use this but whatevs)

“First Nations and Métis partnership is at the very heart of the Northern Gateway Project,” claims energy giant Enbridge on their website promoting the pipeline project.

In extolling the benefits of the Energy East pipeline, TransCanada boasts that “Fostering strong, long-term relationships with Aboriginal communities is, and will continue to be, an integral part of everything we do here at TransCanada…In fact, many Chiefs have already expressed their appreciation for our engagement process.”

These proclamations of mutually beneficial relations with First Nations and of the support of Aboriginal communities for the pipeline process are in many ways fantasies. Each of these projects faces widespread opposition from Indigenous peoples, both at the grassroots level and among many provincial and national leaders. This opposition has in many cases escalated to the extent of constructing blockades and protest camps to prevent pipeline construction. The consultation process of which these titans of industry are so proud has been widely condemned by First Nations across the country, with Aboriginal elders in Manitoba refusing to participate in NEB consultations over Enbridge’s Line 3 due to the absurd restrictions imposed on the process.

To claim that the support of First Nations is “integral” to these companies’ success is therefore somewhat ridiculous on its face, as evidence of this support is in short supply. And yet, in another sense, these claims are absolutely true. These pipeline companies know that without at least the appearance of First Nations support, their chances of ever constructing these behemoth tar-sands tubes are slim. And so they quite reasonably do everything they can to play up the support they have received from some First Nations communities.

But even that support isn’t as simple as it may seem at first glance. END_OF_DOCUMENT_TOKEN_TO_BE_REPLACED

Just look at the wave of opposition to various proposed pipelines that’s arisen in the days since the government tried to calm everybody down with their (hastily-thrown-together?) reform package:  END_OF_DOCUMENT_TOKEN_TO_BE_REPLACED

As 2015 comes to a close, these major ongoing issues aren’t going anywhere

This awkward week jammed in between Christmas and New Year’s is when some of the year’s most half-assed journalism gets cranked out, in the form of phoned-in Year in Review pieces, or worse, Top Ten Blanks of 201x listicles.

I don’t have a problem with retrospectives. It’s just that the last week of December is only ever the actual turning point in current events by pure chance or accident. More often than not, major stories are still developing, trends are still unfolding, and it’s too soon to pass judgement on what the legacy of recent events will actually be.

So in my final post of 2015, I’m going to eschew the lazy conventions of the genre by highlighting a few stories which are very much ongoing affairs as the year comes to a close. END_OF_DOCUMENT_TOKEN_TO_BE_REPLACED 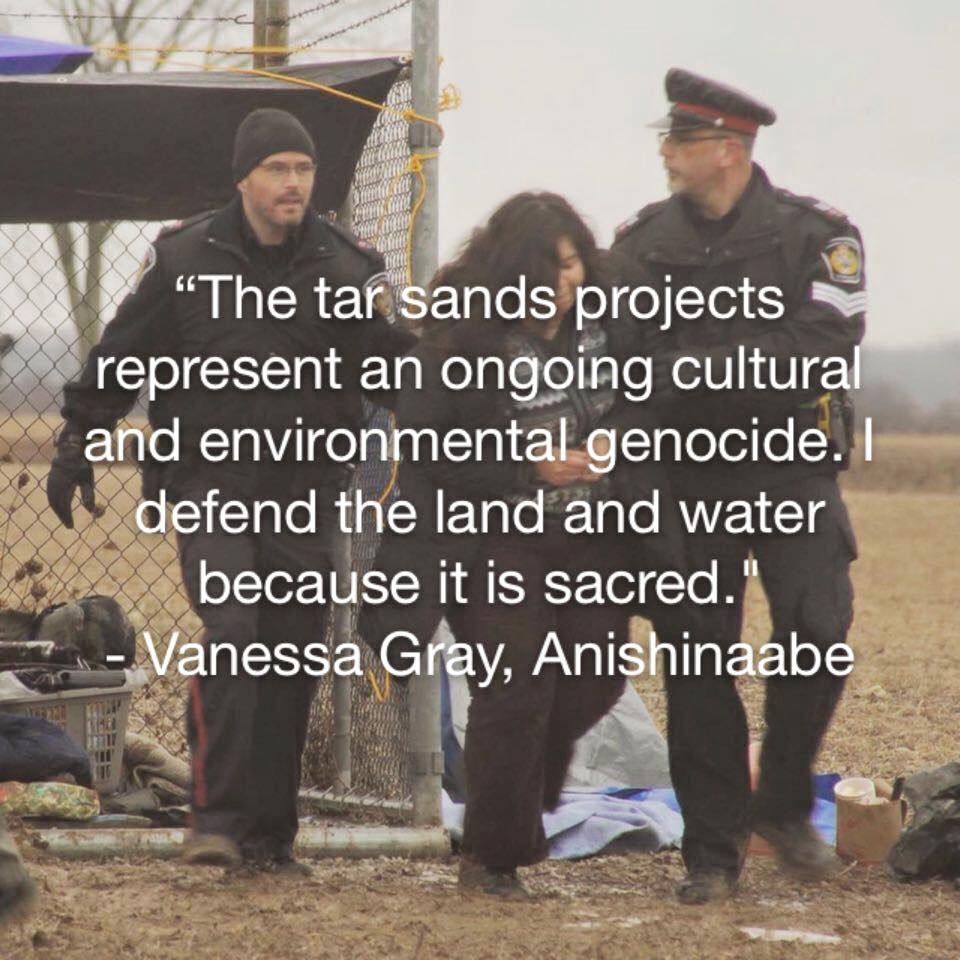 And a lot of the time, it’s left the now-PM sounding spectacularly ill-informed to folks who are aware of the latest climate science, as when Trudeau insists that if Canada must improve our environmental reputation if we want to continue pushing tar sands projects. There exists a broad international consensus that a majority of fossil fuel reserves, including upwards of 85% of the tar sands, absolutely need to stay in the ground if the world is to avert the worst effects of runaway climate change. END_OF_DOCUMENT_TOKEN_TO_BE_REPLACED